Thank you for your suggestions! :D 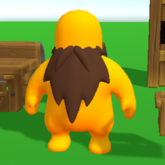 May 2016 in Suggestions
Hey everyone,

I'd just like to take a moment and thank everyone that has been and will be posting all these great suggestions! We appreciate them a lot.

While we can't respond to every single one of them, rest assured that they're all read and taken into consideration, so don't stop sharing and discussing your ideas for the game.