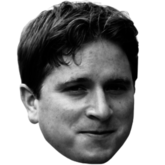 Here's my first topic to suggest an Alchemist upgrade, some new ressources that would be used for the Alchemist. and a new unit.


I- The Alchemist buff

Actually, the Alchemist can only throw bombs who deals damages to every troops in the bomb radius. It makes him a good siege unit but harder to use in defense.
So, my idea is to make him more defensive, by adding a "secondary" ammunition, Potions !
Potion are projectiles who add specials effects to units in the potion's radius.

-Crafting
To craft a potion, you need first an "Empty glass bottle"
Empty glass bottle are craftable in the Furnace, it cost 2 Glass Ingot and 2 Brimstone. You can stock 40 bottle in 1 Stockpile. A Bricktron a take 3 Empty bottle maximum in is hands, like other ingots.

-Making potions
Potions are craftable in the Laboratory.
Now that we have the countainer, we are now able to craft the potions.
So this his the good moment to talk about the new ressource. And it will be new plants !
And it include 5 differents plants.
I tought about one Grey mushroom, a Green mushroom, a Purple mushroom, a Red flower and a Yellow flower. I will explain the little color color after.
Theses plants are harvestable like actual Plants fiber. You can stock only one type of plants per Stockpile. You can stock the same number of theses new plants as Plant fiber, I don't remember the exact number, I think it's 100 or something like that.
When you have harvest your plants you can craft your potions.

-Potions recipe and effect
The recipe is always the same for each potions: 1 Empty glass bottle, 1 Brimstone, 2 Plant fiber and 2 of the flower/mushroom you chosen. I added 1 Brimstone to make more "logic" the fact that potions explode, ( in reality if you throw a bottle on the ground it doesn't splash the content right ? ).
Beside, the radius of a potion could be something like 5 voxels.
You can stock only one type of potion in a Stockpile and also 40 maximum per Stockpile.

The potions effects are really simple, the Green potion is an healing potion, when a unit is in the radius it restore his HP ( Health Points ) in one instant, the problem here is I don't know if we ( players ) can calculate the health of a Bricktron to suggest a number, so I let the developers choose the power of this Healing potion.
The Grey potion is a potion of resistance, when a unit is in the radius, the damages that he will take will be reduce of 15%. The effect lasts during 1 minutes or less.
The Red potion as a damage bonus, units will deals +15% of their original damage.
The Purple potion is a poisoned gift to your ennemies, a weakness potion, it reduce the damages of their attack by 5% and increase the power of received damages by 5%.
The Yellow potion is a speed potion. It makes all of the units mouvements a little bit faster, ( Walking, crafting, mining, fighting etc... ) during 1 minute or less / more.
Like bombs, potions touch all of the units in their radius, allies like ennemies ( even Corruptrons are affected ).

If you want all of the informations about the ressources suggestion, you can read the category "Making potion" in "The Alchemist Buff".
This section will just talk about some design ideas and map making suggestions.
I think flowers can work exactly like the actual Plant Fiber in the World Editor tool. Nothing more to say about the flowers.
But I think the mushrooms can have a cool use in the map making. Most of the mushrooms grow insides cave or in places were the humidity level is high ( not sure uh ), so is that possible to change a little bit the placement system to allow players to place mushrooms under trees and directly next to rocks ? I think it can give some good looking maps.

Now we have 4 differents types of Ranged units ( Archer, Arbalists, Artificers and Alchimist ) and 3 Melee units ( Worker, Knight and Halberdier ), so to make the balance more stable, I think I've found THE last melee unit that the game needed ! The Maceman.

The Maceman is an offensive unit with a weak armor who's fight with a mace as his name suggest.
His light armor makes him the most fastest melee unit with the Worker but doesn't allow him to take a lot of damages.
His heavy mace deals more damage than a Knight but the difference isn't gigantic.
A Knight can easly take him down. Beartraps are really dangerous against him. Due to his low heatlh he's not effective in defense so I do not recommend you to use it in Invasion mode.

-Maceman kit recipe
The Maceman kit is not really expensive, for one kit you need 1 Fabric roll, 1 Plank and 2 Iron ingot.
The crafting system of the Maceman kit a little bit special.
The Fabric Roll and 1 of the 2 Iron ingot are used in the Workbench to make the armor. The Fabric could be a hood, the Iron ingot could be used to make a chain helmet. The Plank and the second Iron ingot are used in the Forge to forge the mace. The Plank could make the handle, and the Iron the chain and the spicky ball. When both of the parts of the armor ar finished and the Workers have placed it in a Weapon Rack, it instally turns into a Maceman kit.
Or simply make the whole kit in the Forge or the Workbench.

I didn't talk about the attack speed for nothing. The Maceman would have a special attack system. To explain quickly he have to "charge" is attack before dealing damage. First, he swings is mass in a circle next to him for a short time and then hits his target twice inflicting heavy damage. Then the cycle starts again. It can nerf is "op" side.

If the developers add one of theses suggested ideas, they are obviously free to change all of the stats i've writen.

That's it for this suggestion, I really hope you like the idea, and like me, you would love to see this become reality in Castle Story.
I'll obviously understand if any of them can't be haded in the game, for, like totally unbalanced feature or something, after all, it's just a suggestion.

I apologize for my gramar, I'm not so good english, you know,
baguettes country