Some small Ideas mostly for quality of life 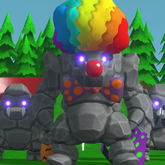 June 2017 in Suggestions
Being able to see other Landscape, Quarry, Cunstruction Tasks, Repair Task. Most time i need like 4 landscape tasks or 4 Repair task and its kinda hard to line them up.

Having the option to sort the tasks at the bottom with drag and drop.