balance of units in pvp is an issue now 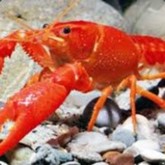 DanWarrior Member
February 2018 in General gameplay discussions
(i am a russhian so sorry for grammar errors)
So, gentelman you need to know that qute some units are not balanced and here i discribe an ussues and tell a way to fix it.

So first one is an artificer, i will call him a mage, so mage is qute good in a pve but BAD in pvp. why ?
in early game he just make army weaker. because he will get killed VERY FAST by halbadeers (if an enemy is not a dumbell and target it) you may say you can kite with him but no. In heal mode he is slow. in attack mode he is faster but still not fast enough , AND his heal can be ignored easelly if all enemy units attack the same bricktron so. he is useless in early game. in mid game he is bit more viable but still killed TOO easelly to do good. So he is useless in mid game. And in late game in siege he will be targeted the most also so he will just die instead of doing damage to enemies and wards. in deffence you can just make a heal ward

JUST... TOO... USELESS and expencive

solution may be reworking him so he will heal one unit but realy good, and making so he will heal the most injured units by himself, increasing his speed so he can kite, and cutting his range of fire but drastickly increasing the damage so he will be usefull in close range combat as well.

The knight are nice but i think they must have less swing speed but more damage so enemy halbadeers and archers can t kite him almost without any problem.

Halbadeers... halbadeer rush... in hi-skilled battles THIS is the only thing people use cause it works TOO DAMN WELL and there are no ways to stand it but to make all halbadeers kits for you bricktrons as well and if you are fast enough make sentinnel wards and place them on floor or small barrickade out of parapets (you didn t realised it but you made a block for barrickades which is parapet) and i will say that "Ward Spam" is totally can be Insane i will get to it later. so here how a battle goes usially. on 4-6 th minute all 5 halbadeers go attack an enemy base which also have 5 halbadeers and may have wards. the winner is the one who controlls bricktronns better. if power is even the winner is the one who spam wards on a base and get attacked by an enemy so he will lose all his halbadeers due to wards and enemy halbadeers and then he will get contr attacked and destroyed. i tried it myself ARCHERS CAN T DEAL WITH IT EVEN WITH A WALL they have SUCH small damage and just dps in jeneral that they just can t kill all the halbadeers before they get killed even with a wall,


Archers. yes they are cheap. but they are worse than halbadeers in pvp in all the ways not as fast as halbadeers low hp and low dps and the range won t save them cause they will just be targeted first. so they are also useless

solution is to just up their dps AND make so ranged attacks exept wards will slower the enemy bricktrons and corrupttrons.

the crossbowers are good now but they will have to recieve the buff with archers. slighty lower the rate of fire and up damage a bit and also make so shots will slow like with archers.

and here we have come to the INSANE WARD SPAM
sentinell ward are expencive but on 50 th minute the enemy will have about 30-40 of them on a base which is so much that with even a weaker army the enemy will take you down cause the damage of wards is so much that knight can t stand it even in deffence mode. they live about 5-7 seconds you may say that range units like archer and arbalist will help but they just have too litle damage to wards. You may say alchemist will help but he can be taken down easelly in which case you are screwed. and also even if he will throw some bombs that won t be enough to take even 8 of them. breake the walls they stand on ? what if i told you there will be no walls on which they stand on (well they can be but very little of sentinels will be there) they will stand in a barrickade. what is a barrickade ? just a parapet fence around blocks with wards on them that can shoot . which even if broken through will make you bricktrons take collosal damage when they will try to breake wards in it and don t forget about enemy army. this is why we need moveable siege weapons or a trebuche with HUGE range cause the catapult have not that far one so you need to build it close to an enemy which they will mostly prevent you from and you will just do it for a long time cause it will be far from base and will require loads of resourse dragging.

so here is all i have to say for now. the opinion was based not only on my expirience but also on expirience of other people like russhian streamer and player of castle story "Олег Крафцев" more known as "Siamant" in discord so i hope you will listen to it