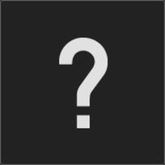 espence2000 Member
January 2019 in Suggestions
I feel that brimstone has become very redundant. Its used as a power source, a light source, and a source of magic. I mean, how many things can sulfur do? I think that a way to solve this problem is to add back a type of gem, the blue gem. It would make sense because the home crystal is a power source, it created/sustains the Bricktrons, and powers the wards with magic. Some ideas to obtain the blue crystal would be to have it generate very low down in the bottom of the island, or have it kinda rare and have it have to be made into a big crystal in a crystal compactor. Maybe a clump of large crystals would be found on one far of reign of the island and the bricktrons need to send a party to get to it, making it a way to have more exploration in the game instead of just cooping up in your castle (another reason is sense the home crystal is an objective and blue crystals are what it is made of.) Gems would replace brimstone in the wards (but not the torch) and the Artificer's wand.