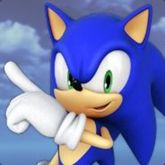 Briefly:
We need to add the peaceful time setting in a multiplayer game

In detail:
For beautiful and diverse network matches, we need the ability to set the peaceful time in the game.
Without this setting, the only way to win is to rush
Who attacked faster - that won
This is sometimes quite interesting, but it is not diverse
All effective fights are in the same scenario
Build warriors - and send to the attack.

Peaceful time will add variety to the game
There will be an opportunity to build walls, defense, storm enemy fortifications.
It is possible to have time to build expensive warriors
The battles will become more beautiful and spectacular

Now, to get a peaceful time, we discuss it before the game, and the games are spent more diverse
But you can not always make agreements - some do not know English, and someone can break the agreement.
I want us to have the ability to set peaceful time using the settings when you create a network lobby

I didn`t find the way to make a vote here, so if you support this suggestion, write about it in the comments.
I hope for your support
This will make the network matches better.