"Nothing to do!" - How about you do this if you can't do something? (Set a resting/default task) 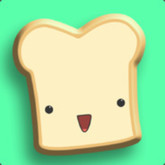 October 2017 in Suggestions
"Well! I can't find anything to do! Guess I'll head back to the crystal and stare at it in all it's glory till something clears up!"

These are relatively small suggestion I feel, but something that might give players some piece of mind that their Bricktrons will always be doing something for a reason.

So from time to time (for me at least!) after I've set my boys & gals tons of building or gathering orders, sometimes they'll reach a point where they simply can't continue, and they'll run back to the mother crystal and stare at it till I realise they've stopped working because they finished their tasks and the other tasks have reached their Bricktron limit.

Keeping them flooded with building & resource gathering tasks to make sure they've always got something to do works (Even if you already have the resources you need for world domination), but almost all the tasks you can set so far are relatively finite and eventually you'll need to put the time aside to update them with another task, whilst you either edit a task or take some time to think about what you need to do.

I'm not saying reporting to the home crystal is a bad thing, but I feel like adding some last resort or 'resting' tasks could help them feel as though they think for themselves too. I have a few ideas in mind for possible resting tasks you could set them to instead of (or along with) them running back to the crystal such as:

Paranoid/Alert - They would run to the nearest weapons rack and either await further orders or head to a "Defend this area!" point or something similar, at least that way if something or someone attacks during this period of "Oh no they've stopped working!" at least they'll be prepared!

Hive Mind/Collaborate - If a task is full but a member of that task is carrying a resource back to a stockpile, nearby workers out of work would run to meet the worker on his way back so he could take it back instead, that way the worker of that task can get straight back to his job if he can.

Decorate/Enhance - (Ideas beyond this point get a bit crazy...) Once they run out of work they would make their own work on already constructed workstations, perhaps enhancing the speed at which resources can be refined or maybe even the effectiveness of certain equipment or soldier kits, which could maybe in turn change the look of the workstation or equipment itself as an added bonus!

Take a Break/Rest - I see this also being added in the form of workstation or something similar, but allowing the Bricktrons to quite literally have a space to rest that for the time they spend there gives them increased movement & resource gathering & workstation speed, perhaps by default they could return to the Crystal, sit and relax until further orders for like 25% bonus speed for the duration they've spent there, or you could splash out and build them a bench or bed that they'd resort to instead for 50% bonus speed (I won't lie I've no idea if those percentages would be enough or more than likely too much, but would be absolutely hilarious to watch a Bricktron spring intro action and run at light-speed after a short break to catch up on his chores).

Personally after thinking about it I feel the last Take a Break/Rest option by itself would be perfect, because not only might it cause the least amount of issues with conflicting tasks or orders, but the time you've potentially lost from them not being able to work, is significantly reduced by the increased speed. Anyway, just a suggestion! As much as I'd love to see them all implemented as optional settings from the Home Crystal or something, I understand that there are probably a lot more ideas lined up that are either way cooler or way more helpful!

Love the game! I'll be playing it for decades to come!