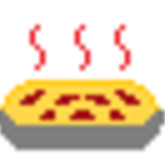 Davoid Member
October 2017 in Suggestions
You know how in worms, tf2 and other games you an customize your characters? How about adding it to castle story?

You could choose from multiple hats and other accesories, like a cowbooy hat for example! It would not only give you something to look at, but also be more indetifiable in multiplayer.
If this were to be added some time in the future (As right now there are more important things to add), there could also be *special* hats. They could be earned by achievements, or perhaps taking part of a tourney. Like tf2 medals for getting such and such place in such tournament. Maybe also add a hat that is in other games: "Be in a lobby with a developer or someone who has this hat". Also country themed hats. And a i mean plumber hat.

I also suggest that there will be a specific menu for all this stuff, kind of like this: You can do so much with this, the only question is how much you want to!

I hope this was helpful atleast a bit!
Custom butter men.png 30K