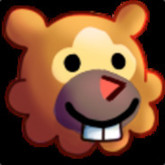 TilableToast Member
September 2017 in Suggestions
I'm really into completing achievements, so naturally when I see a game that I love that doesn't have that many achievements I like to suggest a few. And as someone who has completed alot of achievements in my carrier as an achievement hunter I feel like I have an idea of what makes them fun. I also believe achievements should be used as a way to get people to explore different parts of a game, I'm personally a big fan of those!

Achievements that involve being a murderer because video games

No one ever picks support!

I don't know what to put here

[You Must Construct Additional Pylons!] Place down 100 pylon wards
[Not enough space] Fill up 250 Stockpiles in a sandbox game

Hidden Achievements (like for real these should be hidden)

[Harry you'r a wizard!] Turn Harry into an Artificer
[To infinity and beyond!] Have a Bricktron jump off the island

I like putting down millions of bricks, but wood' you please give the lonely planks some love?