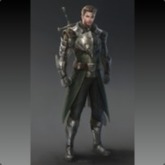 Benjen Member
September 2017 edited September 2017 in Map Making
Two bricktron tribes have discovered the perfect island, and each has claimed a location for their stronghold... but neither has yet crossed to the island, and neither knows of the other yet... when these tribes collide, will they peaceably share the island, or will this paradise break out into open warfare between two powerful forces of bricktrons?

I built this map quite awhile ago, as an attempt to sort of slow down conquest mode; I was tired of being wiped out before I even had the chance to build a castle - after all, that's the point of the game; building. I felt that there needed to be a significant barrier between the player and their opponent, making it almost impossible to assault the other player until said other player feels ready to go on the offensive themselves.

My solution, of course, was placing each player on opposing islands, separate from the main landmass. This creates a situation where the players - who have plenty of resources - can take their time building and only expand when they feel ready. Early expansion means building bridges without putting any real, significant defensive structures in, which means allowing your opponent to strike at your exposed island easily.

In short, my hope with this map is that each player is allowed time to build the expansive, aesthetically pleasing, and defensible fortifications that are the real goals of Castle Story, while still having the competitive atmosphere of Conquest mode.

tl;dr: I was tired of people rushing armies and not actually building, so this map is designed to make it better for a player to build actually decent castles before rushing out and capturing crystals.

Features;
-Two well-stocked, easily defensible starting locations for players to use to build the perfect fortresses
-One midsize mainland full of resources, chokepoints, and terrain features to use to your strategic benefit
-A corruptron spawn point on the main island to use to test your castles in co-op invasion
-Plenty of shards to fight over on the mainland
-Starting islands each have two shards, to make army recruitment faster without the need for early expansion