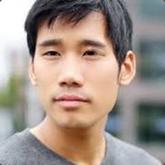 I personally think that this game could use some sense of progression. I think having a menu on the home screen where you can use points to upgrade units would make the game much more enjoyable and give players something to work for. Every unit but the base worker bricktron will be upgradable.

To be able to earn these upgrade points, players would have to level up. After completeing single player and multiplayer games one could receive experience points (xp) based on how long they survived in invasion or whether they won or lost in conquest. Every time someone levels up they'd be rewarded with an upgrade point that can spend on a unit of their choice. There would be a level cap when you achieve enough upgrade points to max out all units

Another cool feature would be the ability to save certain presets of upgrade points for competitive play, kinda like the league of legends masteries system in a way. This would allow players to allocate their points much faster in the prelobby and give them the ability to save sets that they really liked.

Please leave feedback both positive and negative and thanks for reading