Mini Ballistas Instead Of Magic Wards 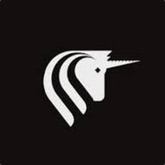 Kriesta Member
January 2017 edited January 2017 in Suggestions
I saw the last stream and I liked a lot of the concept of a turret in the game, but I dont have the feeling that this magic thing don't combine with the rest of the game right now, mostly because of the catapult dat is a medieval concept and more mechanical, so the crystal model shooting magical things in the enemy is strange to me, because this gives the feeling that the bricktron can control the crystal instead of the crystal being a superior force that created them (I dont have sure about this, but I think its that way: they were created firstly the rock with eyes then they evolved in yellow bricktron, all made by the crystal)
I just think the ballista is more cool and easy to balance because you can just use the archers stats and copy then.
Sorry for the english and Thanks for your time.
Keep doing an amazing job.

(I know it's just a project and it's not confirmed)