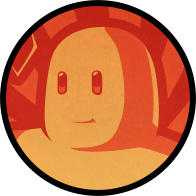 January 2018 in Questions & Troubleshooting
Hey!
I've got an idea for a new map/mode which looks easy to do. But to do it I need to know if its possible to link a lua script to a specific map? This mode/map would be an arena with 2 entrances at opposite sites. One for corruptrons and one for player's crystal. Waves of enemies will spawn as in invasion (cuz I want to do it on invasion). Players will have starting army and their goal is to survive as much as they can. After few waves he could receive new units via lua script.

I think its good improvement for CS, maybe you should make that as an official mode?