A Discussion on What to Do About Rubble 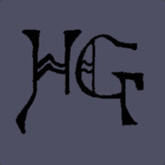 HalberdGuard Member
February 2018 in Suggestions
I like the fact that the rubble of my defeated enemies piles around my castle. : )
Haha! But, seriously, in ye olden tymes, earthworks were used to scale enemy walls, so I like to think that the Corruptrons do this semi-on-purpose! It seems like a natural part of the difficulty curve, to me! But I understand that many people find it frustrating, so here we are!
I hope this will be a discussion to cover the topic as a whole, as most of the posts I've seen deal with it as a side-note, or a particular aspect of the mechanic.
As I said, I personally would leave it alone, or maybe just slow down the build-up process.
Another approach might be to eliminate rubble from building destruction, make rubble in Bricktrons' bags STAY in the bags when dropped (As suggested by Thenos!), and then leave corruptron droppings alone, to maintain the mechanic, but make it less oppressive. Corruptrons, even from the grave, they strike at thee!