CastleStory A Proper Multiplayer Spectate Mode. We need it sooner rather than later! 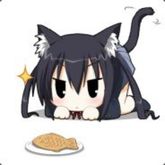 Dear Sauropod Studio, as i've said before, but now must insist, you guys really need to add an in game spectate mode asap. For somebody like myself who would like to just watch or commentate over matches, this is a feature that would truly enhance the Game's appeal. As you know, at the moment Sir Dinga#4514 is running a small tourney at the moment to celebrate 1.0 (which now is 1.0.3a haha), after attempting to make a bracket whilst also making matches fair, the 3 player free for all (FFA) matches just don't work so well and this is due to not only number of people we have but also in my personal opinion the why maps are structured in turn making them feel bias even in a 4 player FFA structure.

Now before elaborating on why I mean by this let me first say, I understand the maps weren’t built to be used in a tournament style so I give props to the designs and layouts of maps but, due to the direction the game has now gone it would only imminent. Currently spectate mode does exist but the only way to access it is by dying which atm is the reason why the tournament matches are 3 player FFA.

Now to elaborate on my previous comment on maps are and I’ll use Orosi Valley as an example, a 4 player map in which two crystals are located on opposite sides but quite close together. However even though the map is symmetricality the same but flipped, the two bases are not the same, one has a clean easy path to the first shard, whilst the other doesn’t. This is the first instant of bias'ness, now some may reply saying “ however there’s no more nor fewer resources close to either base thus keeping it balanced.” However true this may be, in battle the more people you have, the more you can do making shards a huge part of gameplay. This isn’t to say you have to get one but later in game it’s necessary.

My second point point is more related to the way the current tournament is going with the 3 player FFA games. With a map like Orosi valley a 3 player setup will always leave one player or sometimes two player at a serious disadvantage, what I mean by this is as the player with nobody next to them and are able to freely expand without any conflict. Now don’t get me wrong, if two players are willing to make a temporary truce this can negate the fact but honestly how often does that happen and why would you. This is War!

Finally a small point, one of which may be minor to most, in a 3 player FFA game matches can drag as proven by the 3hr match between Kuzyn Vs Rapte Vs Cole3050 ( https://go.twitch.tv/videos/180715224 ).
Now this only happen due to nobody wanting to attack each other which is more to do because of playstyle, because as we saw by the match between Doey Vs PatCat Vs ElBorak3 ( https://go.twitch.tv/videos/178928025 ) which only lasted 15 mins, playstyle can change that. However my point is that in situations like that it’s hard to estimate how long matches will take whereas in a 4 player FFA scenario, the constant fear of being attacked is always there and battles will be constant

To Conclude, overall at this time I personally believe that spectate mode would be a great addition to the game as it stands, not only adding a new dynamic to matches allowing to see the maps in a new way but to also create a way to allow some amazing commentary from the twitch streamer and youtube communities.

If I could make a suggestion, I would like to say that increasing Multiplayer room cap past 4 is a must to start. Of course by doing so a function would need to be created to make it so that once 4 players have joined, the rest would be shifted into the spectator team and maybe an eye icon instead of a flag. Of course you may need to hard cap the room at 8 or 10 let’s say just to not kill the hosts bandwidth which would affect the match. To add some wider functionality to better use the mode would be much appreciated to allow quick switching views between teams in a simply click would also be nice.

Thank you for reading my post, if you like and agree, please upvote and comment your opinions so this not only gets noticed but gets implemented sooner rather than later.

Thank you all enjoy your day!